What it can do for you

How would you like to charge all of your electronic equipment such as laptops, tablets and smart phones, completely free, with solar electricity?

Maybe you'd like to be able to recharge all your cordless power tools in your shed or cabin, or vehicle - indeed anywhere - without needing any connection to the electrical grid?

Have you thought about what a positive impact it would have on your comfort and quality of life to be able to run a fridge or cooler box in your boat or camper van from solar energy?

Have you imagined the benefits of being able to power your lighting, radio, or even your communication and navigation equipment on your boat or barge, with no noisy generators or motors running?

Solar panels can last for decades. Once installed, they keep working faithfully, day after day. There are no blackouts or unexpected power cuts. There's no feeding the meter, no recurring bills, and the price per kilowatt-hour will never go up!

Perhaps above all, solar power means energy independence, which is what is most important to people who value freedom, self-sufficiency, and resilience in an uncertain future. 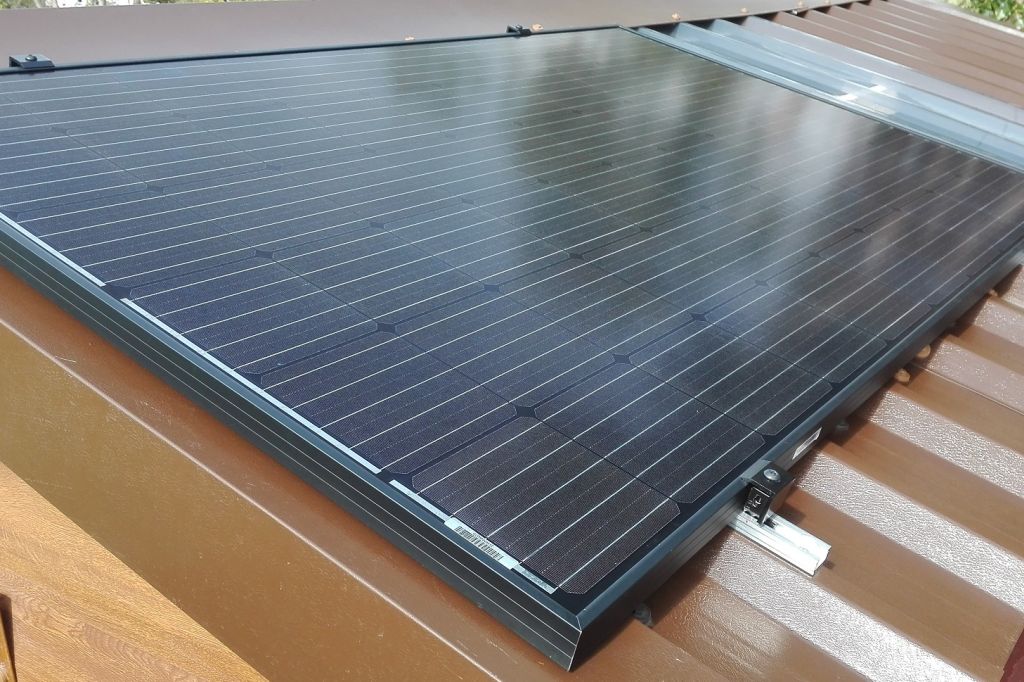 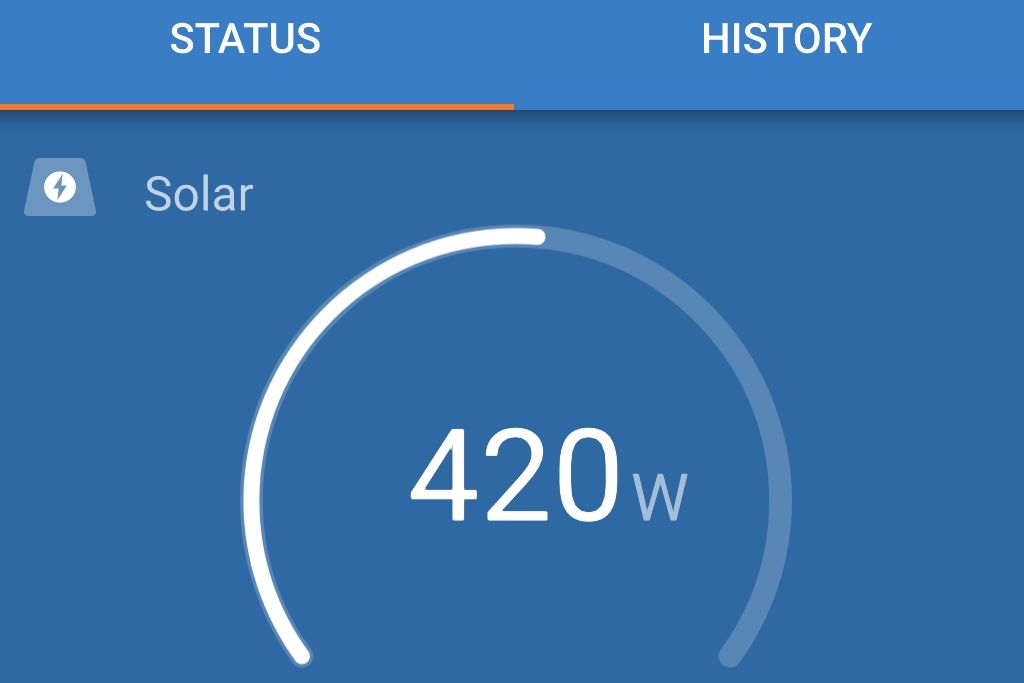 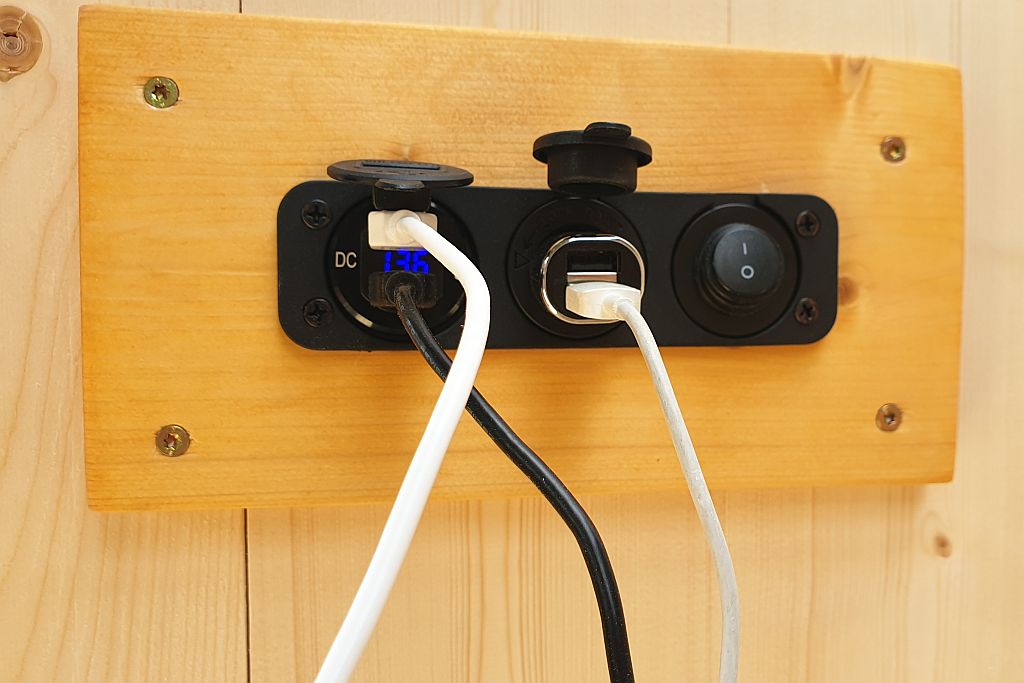 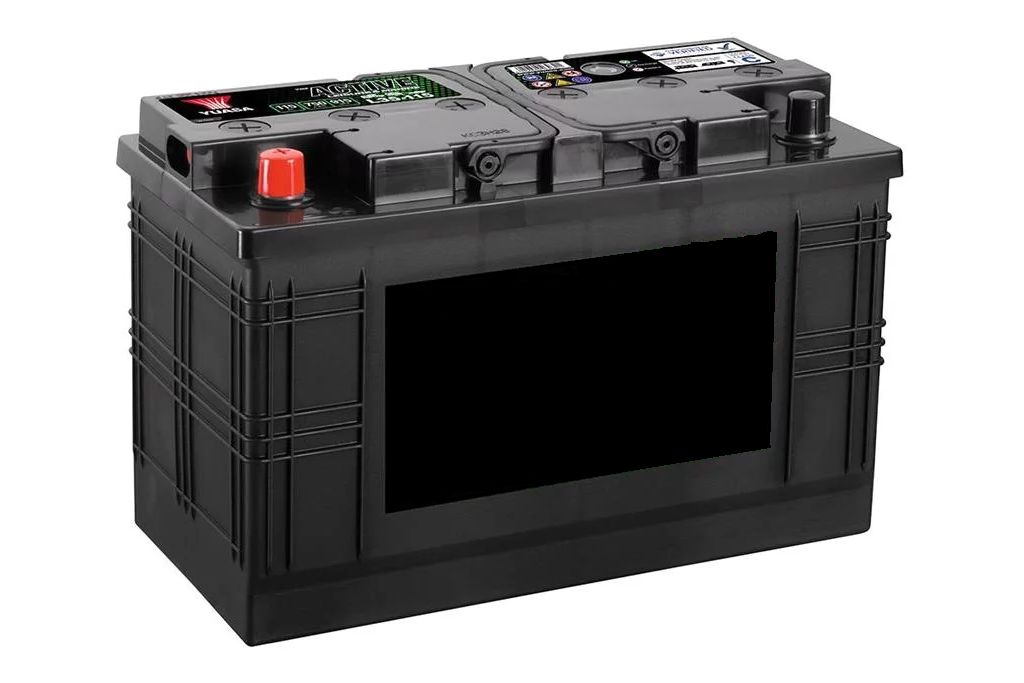 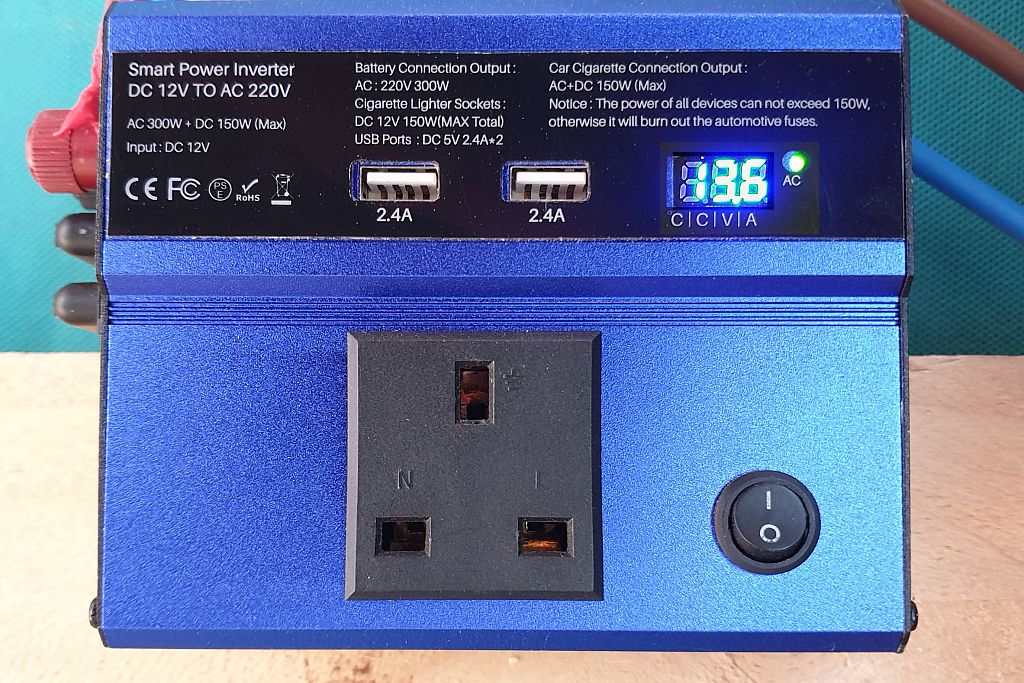 Located in County Wexford in the South East of Ireland, we can design and install a solar power system to suit your needs. Make an appointment to visit the Solar Cabin for a demonstration. See for yourself how you can start to take advantage of energy that is available free from above! You will be amazed at how easy and affordable it can be. 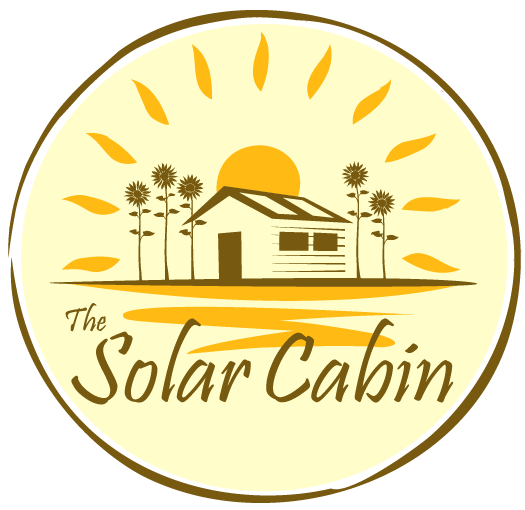 Yes, solar power is feasible, even in Ireland! The latest photovoltaic solar panels are very efficient, so that power can be generated even on a cloudy Irish day. While direct sunshine will help to generate more power, all that is needed is daylight. Remember, "photo" comes from the Greek word for light - so even if there's wind and rain - as long as there's daylight, you'll be making power!

In a Hifi system, you need to connect your speakers to the amplifier. By comparison, your PhotoVoltaic solar panels need to be connected to a charge controller. The controller takes the combined power input from the PV panels and converts it into the optimal voltages and currents for charging your batteries.

Just as with a HiFi system, quality components get better results. MPPT controllers, although more expensive than standard (PWM) controllers, are generally better because they have more sophisticated electronics and software to perform Maximum Power Point Tracking. This feature helps to convert light into electrical energy most efficiently.

There's an app for everything these days. With some charge controllers supporting Bluetooth, you can use your smart phone to instantly monitor how much power you're making. You can also see a history of how much power you've collected from the sun each day.

A range of DC power outlets and connectors are available - from the standard 12-Volt sockets that you'd find in any car or normal vehicle, to dedicated USB charging ports and even QC3.0 Quick Charging ports for rapidly recharging the latest smart phones and electronic devices.

There are several types and variants of batteries, such as Gel, AGM (Absorbed Glass Mat) Flooded and Sealed cell and VRLA (Valve-Regulated Lead-Acid) batteries. These are all variations on how the electrolyte is kept between the metal plates in the cells inside the battery, and have some implications for how the batteries can be installed and used.

Although bulky, the standard flooded type of deep-cycle batteries (also known as Leisure batteries) found in motorhomes and campervans are still very popular because of their relatively low cost, high capacity and longevity (as long as they are installed and used properly). Lithium type batteries have some advantages over these types of batteries, but also some disadvantages, other than being more expensive when compared by storage capacity.

Deep-cycle batteries are so named, because although they are similar to car batteries, they are optimised to be able to discharge to a much lower level than car batteries before going flat. Charging them up again completes the deep cycle of charge/discharge.

Car batteries can be used with a solar power system, but they are not ideal, because they are optimised to deliver a large current in an instant to start a car's engine, but can quickly become flat if used for too long without being charged.

Leisure batteries, on the other hand, are designed to deliver smaller amounts of current but over a much longer period of time. This means that you can use lights and charge devices from your solar power system after dark without as much risk of draining your batteries.

Think of the batteries as like a reservoir for storing power. A battery's power storage capacity is often quoted in Amp-hours (Ah). If a battery's capacity is listed as 100Ah, then it means that it could in theory run lights which draw a current of 2.5amps for ten hours and still have 75% of its capacity remaining. It's generally not recommended to discharge even deep-cycle batteries below 50% however, as this could cause damage to the internal cells which might prevent it from recharging properly.

Perhaps a better way of describing the capacity that a battery has to store power is by using the Watt-hour unit of measurement. In the previous example, the 100 Amp-hours assumes that the current is being drawn with a voltage of 12 volts. Voltages can fluctuate, many devices are designed to operate at voltages both higher and lower than 12v, and not all batteries are 12 volt batteries! If we want to know how much power a battery can store - irrespective of the voltage - we can multiply the Amp-hours by the voltage to get Watt-hours, for a theoretical approximation. In this case, 100Ah x 12 is 1200Wh or 1.2 Kilowatt-hours.

Inverters are electronic devices which convert the 12 Volt DC power from your batteries to 230 Volt AC power. This allows you to run domestic appliances from solar power. As with charge controllers, there are a few options, depending on the types of electrical equipment you want to run and the amount of power required.

Once again, quality components are more reliable and give better results. Generally, it is recommended to invest in a pure sine wave inverter, which produces a smoother alternating current. However, depending on your particular needs, good value can be found with cheaper modified sine wave inverters.